Recalling one of their past interviews, Mercy Sunot, one of the band's vocalists, said: "We are still surprised at the reception of the people to our music."

Formed in 1995, Aegis -- comprised of Mercy, her siblings Juliet and Ken who are both on vocals also, Stella Pabico on keyboards, Vilma Goloviogo on drums, Weng Adriano on bass, and Rey Abenoja on lead guitars, officially entered the local music scene in 1998 as they released their debut album titled "Halik."

The album includes timeless OPM hits (admit it or not, most of us sing these songs in karaoke) such as the song of the the same title, "Basang-basa Sa Ullan," "Bakit?," "Luha," and "Sinta."

For about 18 years and counting, the band has already released 10 platinum and gold albums.

"We're grateful," said Mercy as she recounted how their music has become influential up to the new generation.

To state some proof that Aegis' music never dies, PETA (Philippine Educational Theater Association), in 2013, created Rak Of Aegis, a musical that pays homage to the talent and music of the band.

Maribel Legarda and Myke Salomon of PETA once said: "Kung mayroong Rock of Ages (in Hollywood), dapat tayo may Rak of Aegis."

"And why not? Aegis' songs such as "Luha," "Halik," and "Basang-basa Sa Ulan" resonate with Filipinos. Anyone who has gone through the full spectrum of love -- from joy to heartbreak -- can relate to Aegis songs," Legarda and Salomon added. 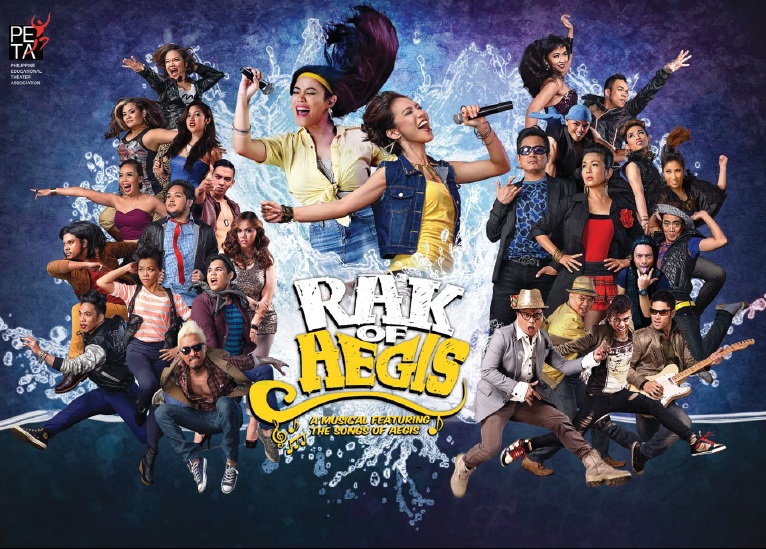 Star Cinema's newest offering Always Be My Maybe is being summed by Aegis' "Halik."

Directed by Dan Villegas, Always Be My Maybe premieres February 24 in cinemas nationwide.

Even foreigners get influenced by the music of Aegis.

Lasalosi, who made it to the next round, said he learned the song from a FIlipina friend.

However, while the band has had jampacked shows in provinces and abroad, Aegis has never had major show yet in any of the huge concert venues in Metro Manila like Araneta Coliseum or MOA Arena.

"It's okay for us to perform in small venues as long as we're with people who love our music," they said.

But it's never too late as the band has no plans to breakup or retire.

"We see ourselves singing and performing until we're in our golden years. Walang iwanan," said Aegis.

Do you look forward to an Aegis major concert? Comment below.

New Artist of the Week: Autotelic