The first ever global pop group Now United, a group of artists from 14 different countries–including the Philippines’ very own, Bailey May–arrived in Manila just a few days ago as part of their world tour.

This diverse group was created by Simon Fuller, the man behind the legendary Spice Girls and TV shows “American Idol” and "So You Think You Can Dance,” driven by the diversity and spirit of social media. In late 2017, Fuller held auditions all over the world in search of extraordinary talent, which eventually led him to form what is Now United today. 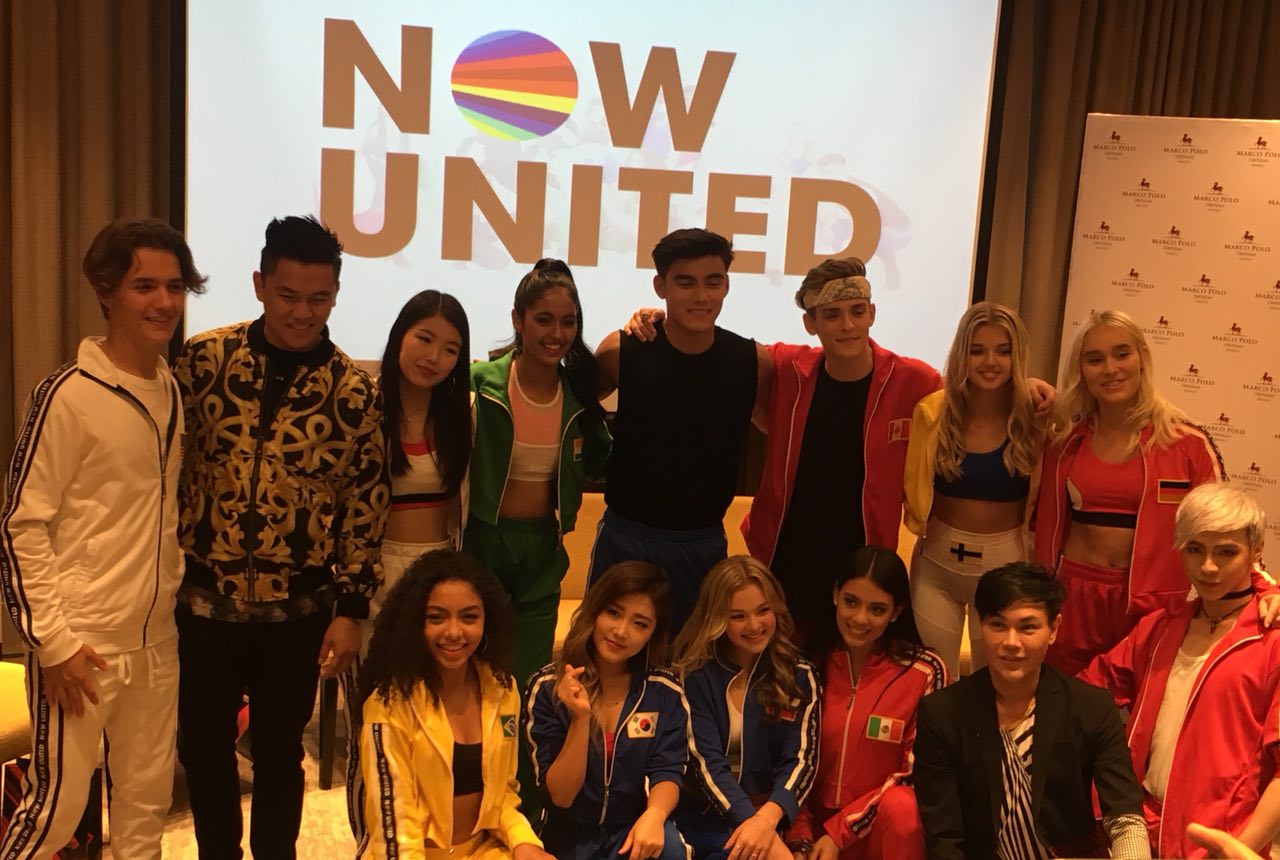 As a proper welcome to Manila, FRONTROW and Wilbros Live invited members of the media to meet and interview Now United at the Marco Polo Hotel yesterday afternoon. A round of applause was what awaited the young artists hailing from Finland, Mexico, Japan, India, South Korea, Russia, China, The USA, Germany, Canada, Brazil, and of course, the Philippines–all wearing colorful tracksuits representing each of their countries. The group excitedly entertained each question that was addressed to them and happily shared their experiences while on tour.

When asked what it was like starting a group coming from different cultures and what adjustments they had to make in order to get along, all members agreed that it wasn’t hard at all to get to know each other.

"It was mind boggling for me because we speak different languages, we come from different backgrounds, we eat different foods, but we all get along so easily because we all love music so much and we have so many things in common. So surprisingly, it was really easy to get along.” said Noah Urrea, representative from the USA. He also mentioned that going into this as a group, compared to breaking into the industray as an individual performer, has helped them cope together and stay humble throughout the whole experience.

The group certainly had a lot of time to get to know each other, and with Manila being the 8th stop of their world tour, many agreed that learning the different customs in every country they went to was really exciting for them. Canadian representative Josh Beauchamp said that one of the first things they do upon arriving in a new country is learn how to say "Thank you," to which Bailey May added that one of the first things he taught his fellow Now United members was to use the phrase "Po" as a sign of respect.

Bailey also said meeting their fans from all over the world in person was one of the most exciting parts of their world tour. "I think it's great that we have fans from all over the world, that they take pictures with us and show their support." The group interacts with their fans through social media, since they are given open access to the group's music and follow their every move online.

With such a big platform, and with all the conflicts arising all over the world, Now United takes every opportunity to spread positivity. Their youthful spirit is a refreshing display of love and unity by standing together as one despite their cultural differences. Being the young individuals that they are, they aspire to become role models for their generation by the message of love and respect through their music. 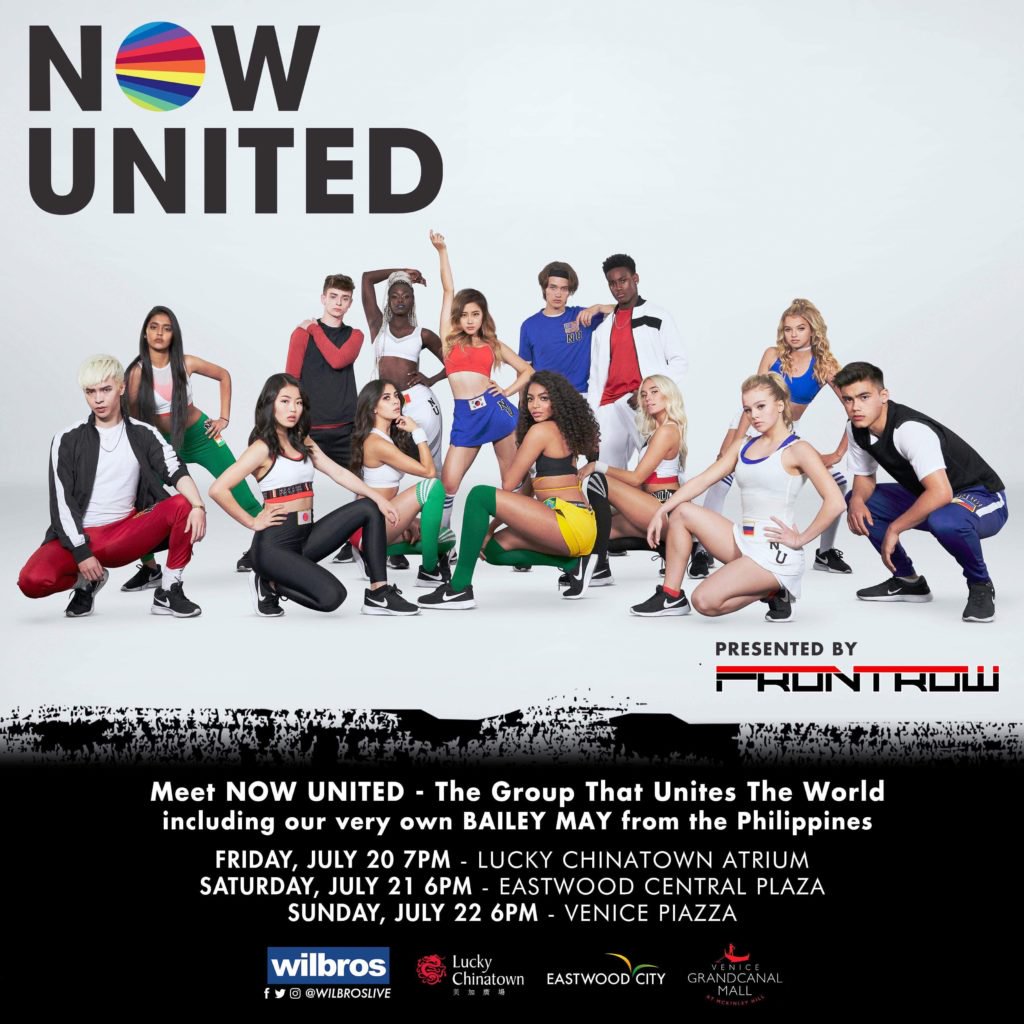 Fans can get a chance to meet and watch them perform some of their biggest hits such as "Summer in the City" and "One World" live on Friday, July 20 at the Lucky Chinatown Mall; Saturday, July 21 at Eastwood Central Plaza; and July 22 at the Venice Piazza in Grand Canal Mall.
__
To learn more, follow Wilbros Live on their social media accounts
Facebook: Facebook.com/WilbrosLive
Twitter / Instagram: @WilbrosLive

Resilience is Everything: A Conversation with TOKiMONSTA