Agsunta took to social media on Wednesday, January 30 to tell their followers that they are officially “signing off.”

Through a video post, an unusual one compared to their previous #AgsuntaSongRequests, the band — comprises of Jireh Singson on vocals,  Mikel Arevalo on guitars, Stephen Arevalo on drums, and Josh Planas on bass — aired their sentiments on feedback — good and bad — they have been receiving for the past years. 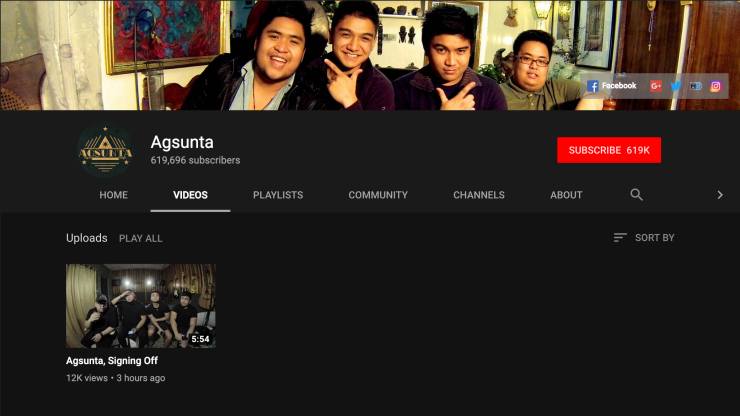 As of this writing, it is unclear if the band’s “signing off” means “hiatus” or “disbandment.” OneMusicPH is in contact with PPL Entertainment, the band’s talent management.