Last August 21, BTS released their latest English-language single, “Dynamite.” And, just like its namesake, it recently exploded in popularity, helped both in part by the massive number of ARMYs, as well as the insane pulling strength of BTS as a group.

In an article published by Soompi, “Dynamite” became so popular after its release that it quickly rose through South Korea’s domestic charts, and even worldwide. Domestically, it landed on—and reached the top spot—on charts such as Genie, FLO, VIBE, Bugs, and most notably, it landed on the top spot on Melon’s 24Hits for the first time, which is quite a feat for any K-Pop group in South Korea. Check out their standing as of August 26, 2020 here: 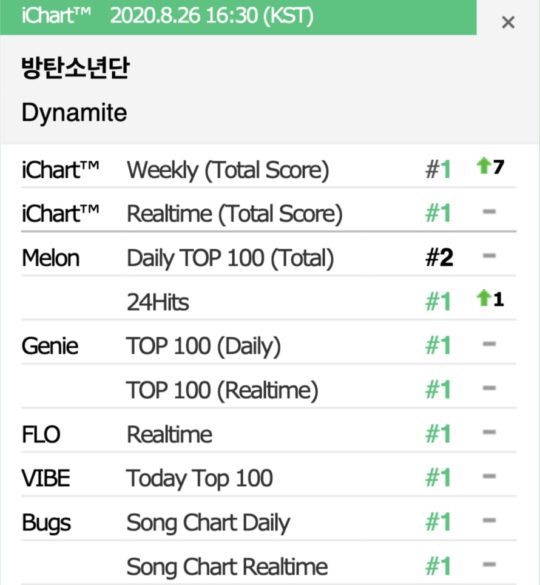 If you haven’t seen BTS’ latest MV, you can watch it here:

Have you seen the MV for yourself? Share your thoughts in the comments below!