Posting an animated photo of Abad, Contreras wrote in the caption: “Happy Mothers Day we Love You.”

Happy Mothers Day we Love You.

But what surprised us was Abad’s response to the husband’s post.

“It may not be the same between us, but ill be forever grateful for giving me 2 wonderful angels. Thank u,” she wrote as she referred to their children, Kidlat Caia, 14, and Isla Eunan, 10. 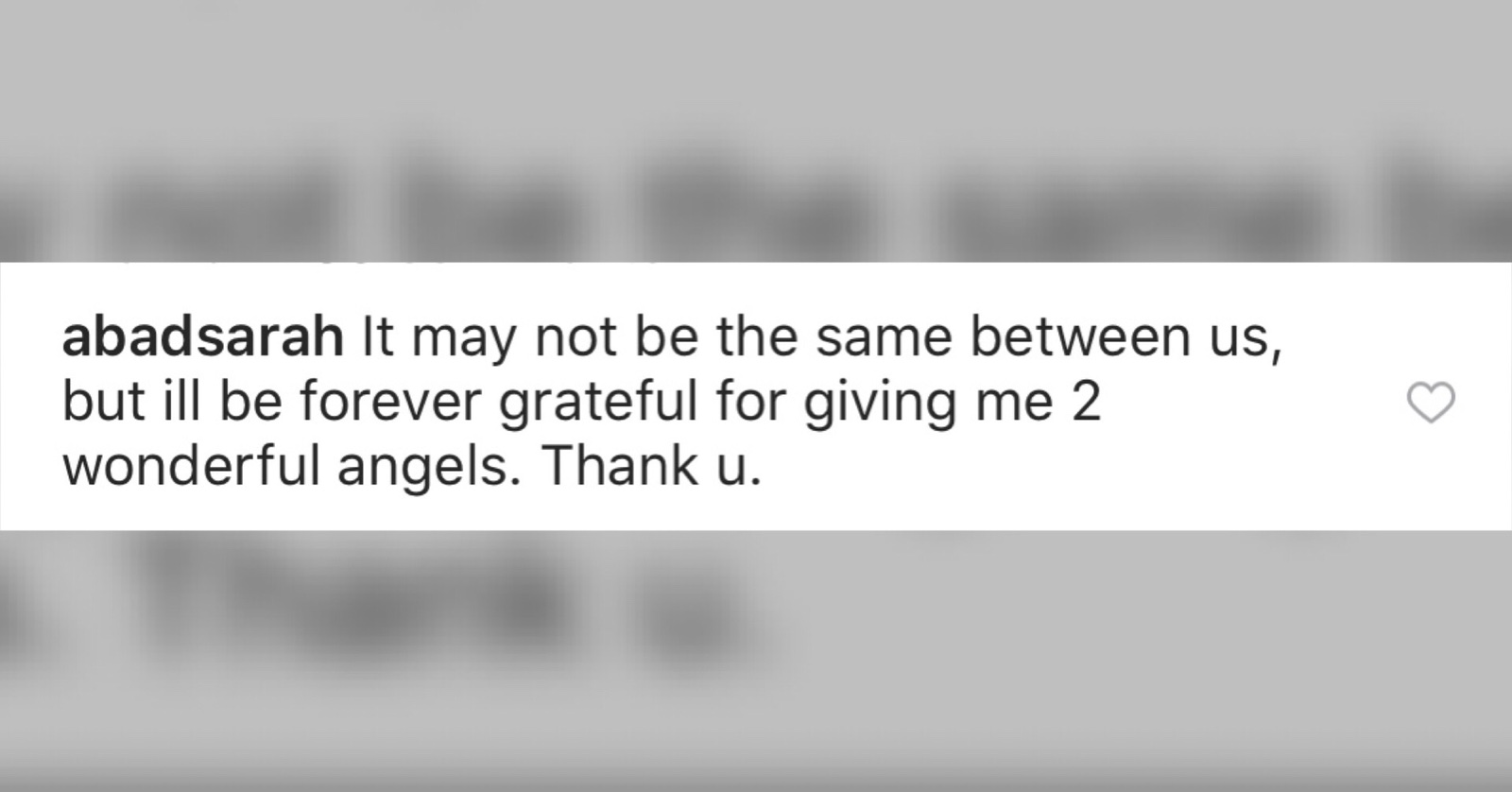 Also, as of this writing, old photos of Abad were already deleted from Contreras’ Instagram feed.

Abad, a former child star and sister of Kaye, tied the knot with Contreras in Paco, Manila through a ‘black wedding’ in January 2009.