After speaking up anew about her support for the Kapamilyas, Kapuso star Jennylyn Mercado hits back at a netizen who tried to lecture her about stating her opinion.

READ: Jennylyn Mercado reminds people nothing wrong with speaking out

A certain Gloria Gerona told the actress that it's better for her to become neutral so could avoid bashing.

"At the end of the day, you're not a Kapamilya star," said Gerona. 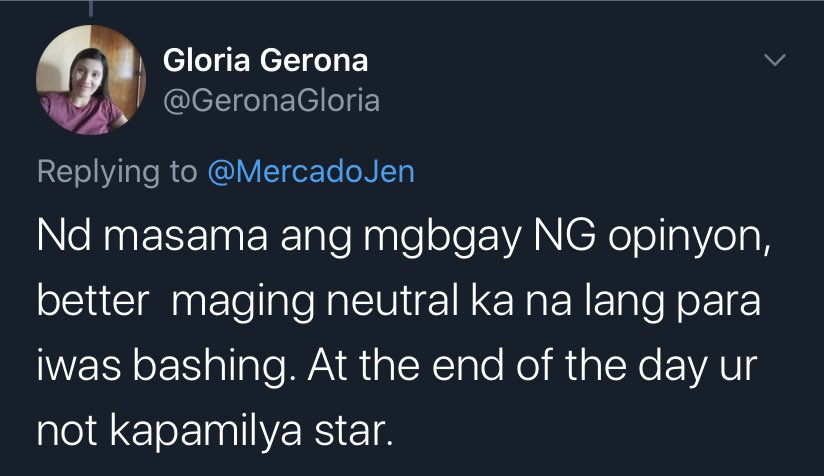 For her part, Jennylyn reiterated it's not anymore about being an ABS-CBN or GMA star.

"But I am a Filipino and that alone is enough," she said. "To be neutral or silent in times of injustice is injustice."

Jennylyn stressed, "If being 'bashed' is a small price to pay for practicing my right to freedom of speech. Then I am fine with it."