Hit Wattpad novel ‘The Four Bad Boys and Me’ by Tina Lata a.k.a. Blue Maiden will soon become a digital series.

An official announcement was made by Lata on Friday, July 17 via digital talk show ‘We Rise Together,’ confirming her earlier tweet about the partnership with Star Cinema.

’The Four Bad Boys and Me,’ which reached 300 million reads on the same day, is the first book featured on the film outfit’s ‘Listen To Love’ digital lovecast series. This will soon stream via Star Cinema’s Facebook page and YouTube channel, and also on Spotify (as podcast).

Lata also announced the names of its lead stars such as Rise Artists Studio’s Jeremiah Lisbo, Rhys Miguel and Kaori Oinuma who will portray the roles of Marky, Jeydon and Candice, respectively.

Thankful for this blessing and sobrang excited for you all to see it.

The reveal quickly became trending on Twitter as fans of the three artists got surprised and expressed how happy they are for their idols. 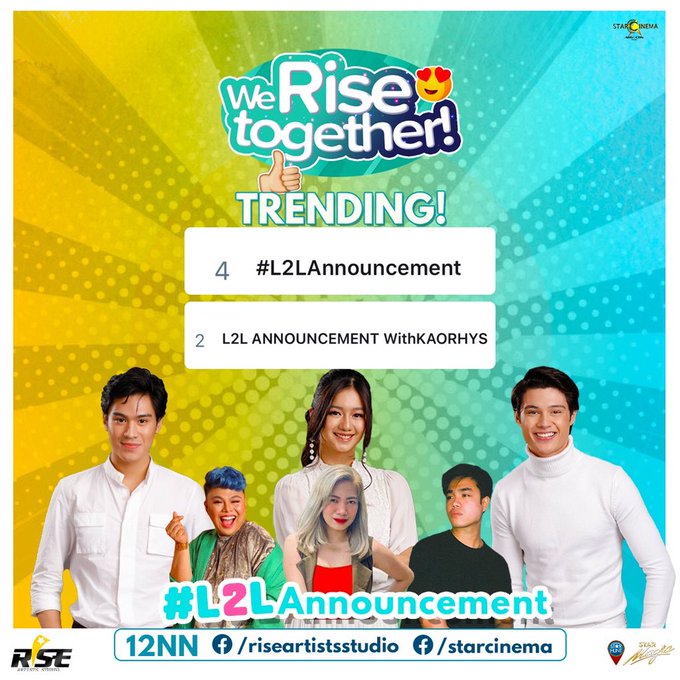 Meanwhile, according to Lata, she will reveal more names in her upcoming vlog coming out this weekend, Saturday at 6:00 p.m.