Kean Cipriano has a big announcement, projects lined up this year!

Most of us become super excited when the Ber months hit because of the looming Christmas season. But for Kean Cipriano, the last quarter of 2017 should be deeply special with the several exciting projects he’ll be featuring in, and of course, an event that will change his life forever.

Earlier today, October 11, at Baang Coffee in Quezon City, Kean spoke to members of the press to reveal his lineup of projects for the rest of the year, and a special announcement involving his wife Chynna Ortaleza. Speaking ever coolly and calmly, Kean said that he and Chynna are set to have their church wedding sometime in November that will be an event many would be interested in albeit the Callalily frontman said they want to keep it a low-key affair. 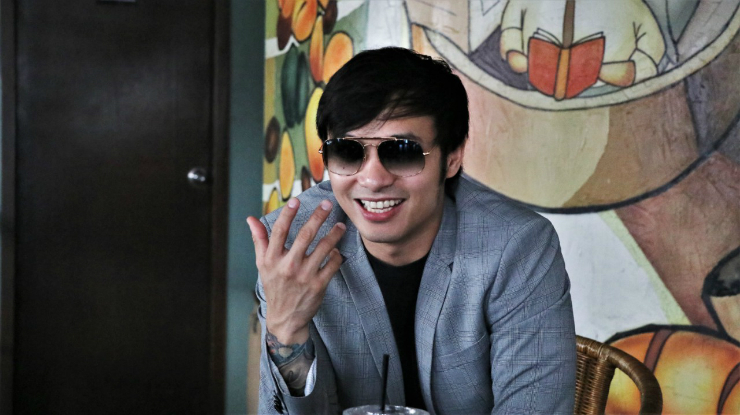 Also worth watching out for are four movies that Kean will feature in: Star Cinema’s “Seven Sundays” now showing in cinemas; Cinema One Originals’ “Historiographika Errata” which is a black comedy on history that will also have other rock icons as cast members; Brillante Mendoza’s “Doctors to the Barrio” with Julia Montes; and Quantum Films’ entry to the Metro Manila Film Festival 2017 “All Of You” which also stars Derek Ramsey.

In music, Kean and the rest of Callalily are set to launch a new single entitled “Litrato” which is a song he wrote for his dad who passed away two years ago. The single will be available online come November.

That’s not all! Kean has an online show as well donning the title “Tambay Hits.” The said show’s pilot episode had KZ Tandingan as its guest, and other great music talents the Philippines has to offer will be gracing “Tambay Hits” soon enough.

Last and definitely not the least, Kean is also part of the singing show “I Can See Your Voice” as one of the sing-vestigators.

Quite literally, Kean is all over the place, but this only goes to show his versatility as an artist. Indeed, 2017 will end with a bang for him!

What are your thoughts on Kean's big announcement? Are you excited with his projects? Comment below!