A lot of things have been said and been done following the denial of franchise of ABS-CBN, including protests wherein some artists of the network have been actively joining.

In a major gathering at Sgt. Esguerra in Quezon City on July 18, Angel Locsin spoke up in front hundreds of Kapamilyas, calling out her fellow artists who keep their silence despite what's happening to their second home -- shutdown resulting to layoff of workers.

Many artists seemed to become inspired by what she did as they finally spoke up, following Angel's remarks. Sarah Geronimo, for one, said she might not fully understand why ABS-CBN franchise was disapproved by 70 of the 84 lawmakers.

Nadine Lustre, meanwhile, assured her Kapamilyas that she is one with them in ths continuous fight.

But since Angel has been tagged for most of her time in showbiz as the real-life Darna, a fictional character made by Mars Ravelo, there still have been comparisons among her, Liza Soberano--who was supposed to portray the role in the movie version but did not push through due to an injury--and Jane de Leon, who already has the role.

Liza has been actively speaking up her stance on social and even joined one of the noise barrage nights, prior to the massive one.

Jane on the other hand spoke for the first time, the day when Sarah and Nadine released their statements.

But a part of Jane's statement did not sound good for many Kapamilya workers and supporters as she seemingly scolded them for going out despite the rising number of COVID-19 cases.

Angel's post on Instagram Stories following that was also associated to Jane's statement, which fueled more speculations that the two have bad blood between each other. 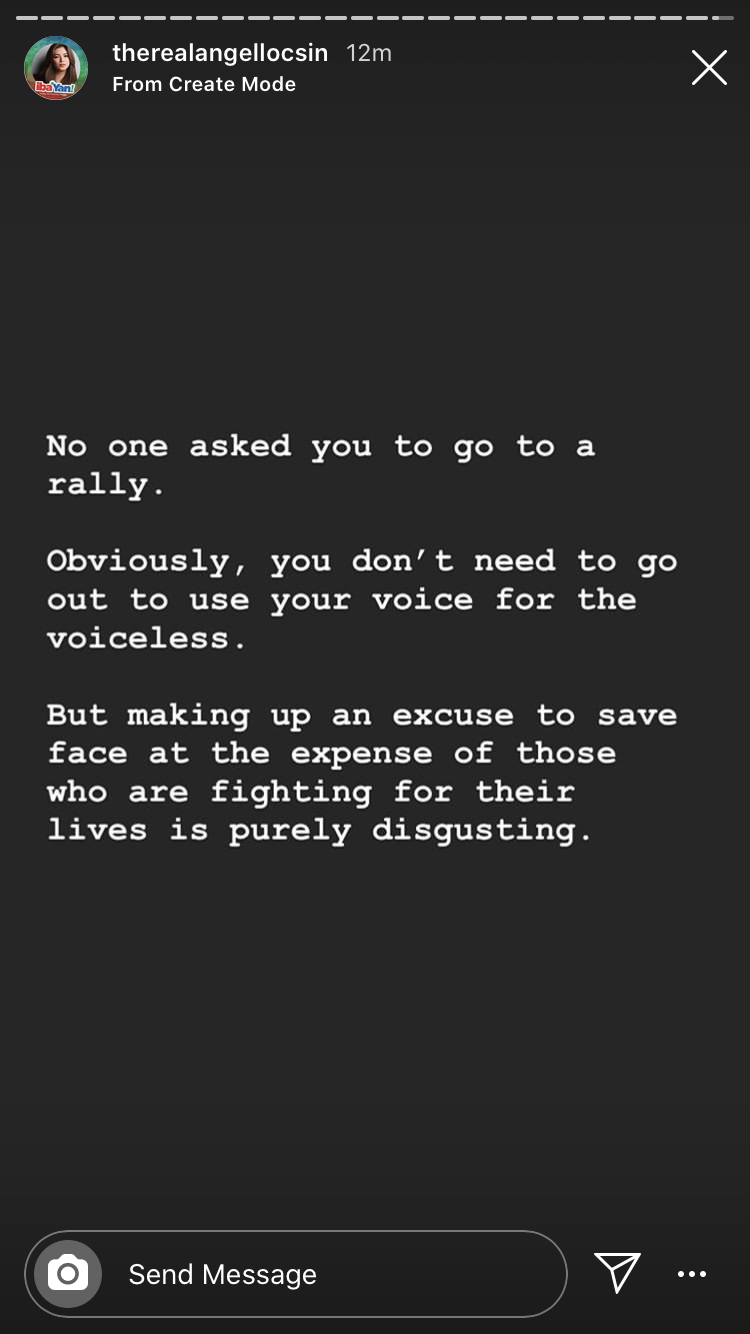 However, Jane's post on Instagram Stories on Wednesday evening would seem to put speculations to an end as she shared a screenshot of a Zoom meeting with Angel and Iza Calzado.

While there were no further details that were shared what the virtual meeting was all about, it still showed that everything was fine. 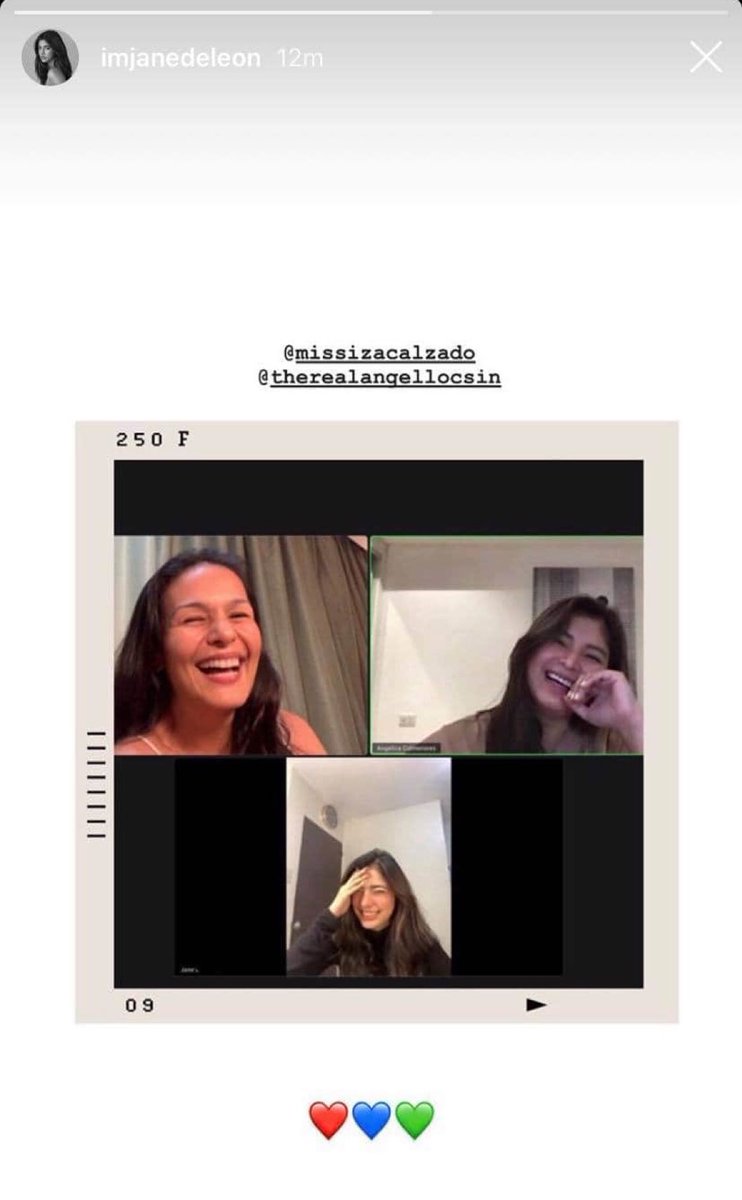 Liza Soberano warns those who try to buy her fans' accounts