Philippines Among The Biggest Consumers Of K-Pop

According to Koreaboo.com, a study was recently published listing the amount of viewership of K-Pop videos, segregated per country, and the Philippines was listed among one of the top consumers. The study was conducted via YouTube from July 2018 to June 2019, and listed ten nations in total that love K-Pop the most.

The Philippines placed seventh on the ten-nation list, with 6.8% of all views coming from our shores. This comes as no surprise as K-Pop has slowly become part of the mainstream, and numerous K-groups consciously include the Philippines as a destination for their worldwide tours. Perhaps, as well, the large Korean community all over the country has made Korean culture more palatable for Filipino sensibilities.

Obviously, however, K-Pop’s home Korea tops the list with 10.1% of all views worldwide. 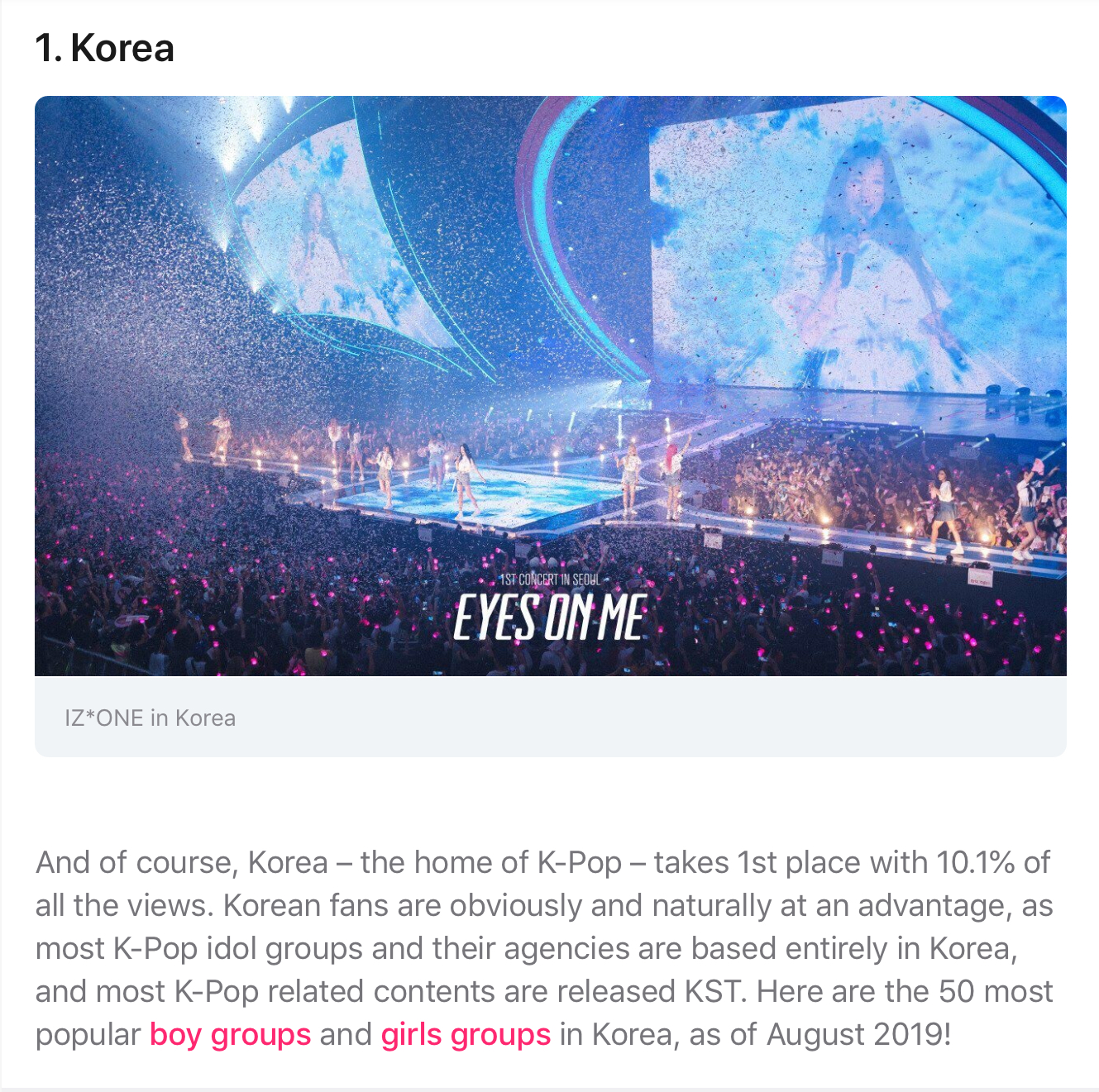 Are you a K-Pop fan, too? Share the groups you stan in the comments below!