'I need to use it': Pia Wurtzbach on airing her voice on 'new anti-terror bill'

These past few days, Pia Wurtzbach has been actively airing her voice in supporting the call to junk the new anti-terrorism bill.

The said bill -- House Bill (HB) No. 6875 or the Anti-Terrorism Act of 2020 -- is said to be providing more teeth to the law against terrorism and effectively, repealing the Human Security Act of 2007. It is actually one step closer into becoming a law, after it has been approved by the House of Representatives for third and final reading on Wednesday, June 3.

In a series of tweets early hours of Thursday, June 4, the Miss Universe 2015 said she "never really liked commenting about politics simply cos I felt like I didnt know enough."

"But I realized that I need my voice back...and I need to use it," she added.

I'll be honest, I never really liked commenting about politics simply cos I felt like I didnt know enough. I wasnt confident enough to speak up... I also was never really a fan of tweeting (Im barely online here) but I realized that I need my voice back...and I need to use it.

She also explained why she feels the need to do it, realizing she's not alone.

Also on Wednesday, Pia clarified to a random netizen who questioned her support to stop making the 'new anti-terror bill' a law. A certain @noelledeg on Twitter asked: "Do you still support the administration that certified this bill as urgent?"

In her response, Pia said she never did.

Hi! I never supported it po. Just want to make that clear once and for all :) I didnt speak up muc cos I didnt feel like I knew enough. I know better now. #JunkTerrorBill

Early this week, President Duterte certified the bill as 'urgent.'

An official letter was sent to House speaker Alan Peter Cayetano to "address the urgent need to strengthen the law on anti-terrorism in order to inadequately and effectively contain the menace of terrorist acts for the preservation of national security and the promotion of general welfare." 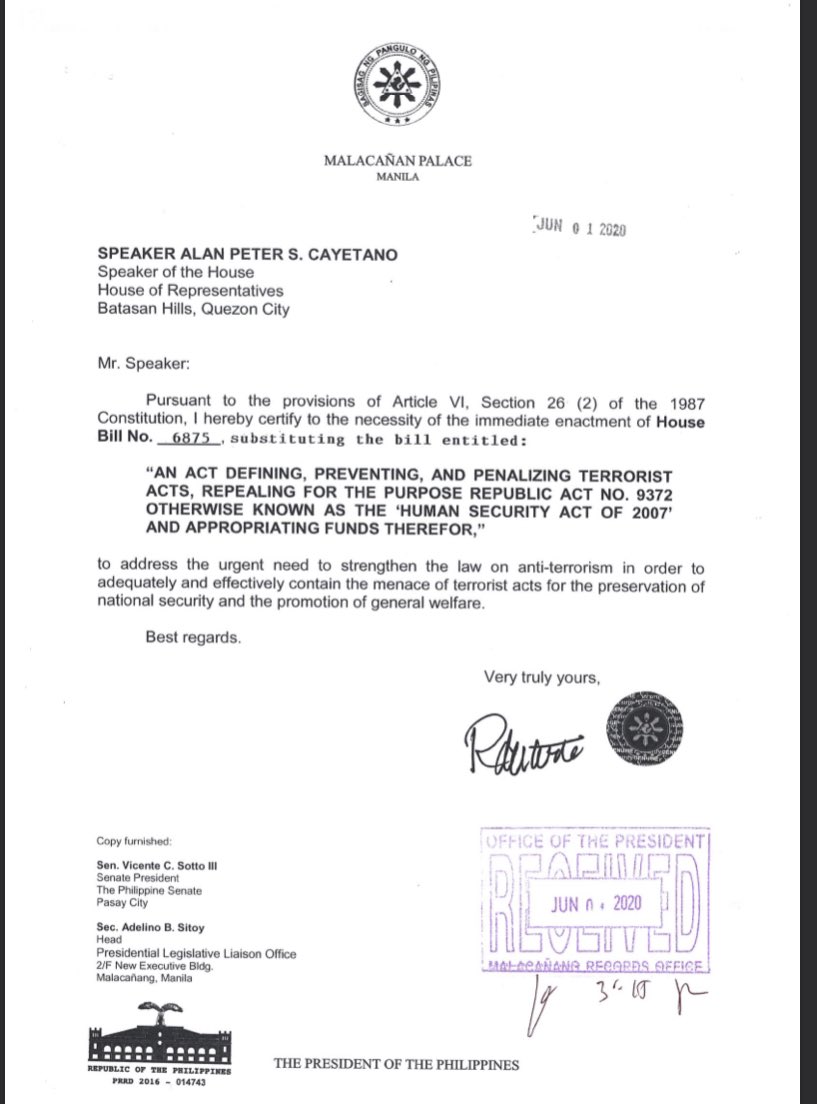