Bobbie Mabilog is Set to Release a New Album!

We first took notice of Melchora “Bobbie” Mabilog when she joined Himig Handog P-Pop Love Songs 2014. “Mahal Kita Pero,” interpreted by Janella Salvador, was a cute and catchy song that earned the third prize out of the year’s 15 entries. But Bobbie isn’t just a talented songwriter and composer, she’s actually also a talented singer in her own right.

She’s far from a one-hit wonder, too! She’s uploaded a couple of videos to her YouTube channel, featuring a couple of her original compositions. She’s also a multi-instrumentalist proficient in the guitar and violin.

It looks like it’s all looking up for Bobbie as she recently announced that she was set to release a new single later this month. 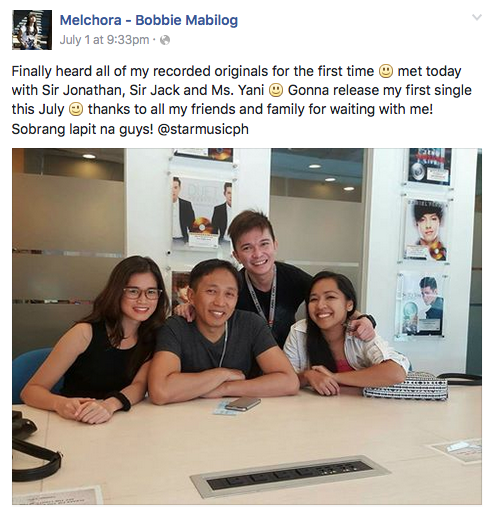 Check out one of her original tracks below!

Are you excited for Bobbie's debut album? Leave a comment below!

We're not sick of this song just yet!