We aim to virtually bring the Yengsters from all over the world altogether as they can watch and cheer for their idol whenever and wherever they are using any mobile device or desktop computer.

To thank fans who have supported her all through the years, Yeng, aside from performing her biggest hits, will take an intimate look at her roots and journey as a musician.

Today, we initially give you 10 things that you most probably know and would still like to know about the Pop-Rock Princess.

In 2006, Yeng was named the first ever Grand Star Dreamer in the inaugural season of the reality show Pinoy Dream Academy.

Yeng wrote the song at the age of 14. She first performed it live during the run of Pinoy Dream Academy Season 1. "Hawak Kamay," according to Yeng, the song is about a cousin with whom she developed a deep friendship.

Months after her PDA victory, Yeng became a mainstay on ABS-CBN musical variety show ASAP, which has been showcasing her talent as a performer for about a decade now.

In 2007, Yeng released her debut album Salamat under Star Records (now Star Music). The album is comprised of 10 tracks -- seven of which were originally composed by Yeng, including the single of the same title, two were written by her PDA co-scholars, and one is a rendition of a classic from Freddie Aguilar, "Bulag, Pipi at Bingi."

First awards as a singer 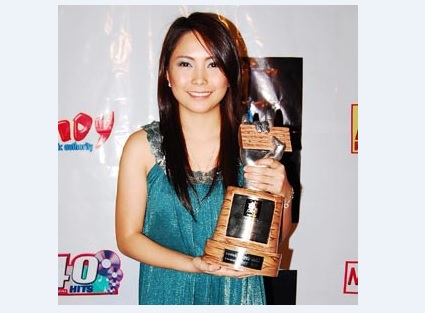 This was her first regular television hosting stint. Music Uplate Live was a late-night musical variety show, wherein Yeng hosts along with Tutti Caringal, Gee Canlas, and Martin Concio. The show aired on ABS-CBN from March 2010 until September 2011.

Released under Star Records, this was her first live album, on which she sang OPM hits from the 1980's to 90's. Shortly after Yeng launched the labum, it achieved Platinum status.

Last year, Yeng co-host the second season of The Voice Kids, along with Luis Manzano and Robi Domingo, who happens to be her cousin. The season aired on ABS-CBN from June to August.

If there's one song to be called an original viral hit, "Ikaw" by Yeng could represent it well. From her latest album All About Love released in 2014, the song, which she wrote for Yan Asuncion before they got married, had a music video that has reached over 43 million views on YouTube (as of this writing).

We are safe to say that Christian rocker Victor "Yan" Asuncion is one of the best things ever happened to Yeng's life. In February 14, 2015, after about 20 months of dating, Yeng got married to Yan in a resort in Tagaytay.

Can you add other remarkable things about Yeng? Share us through the comments sections below!

One Music PH Launches in ASAP!

When a scriptwriter becomes a songwriter